Ted Cheeseman beat Sam Eggington by unanimous decision at the end of a thrilling 12-rounder on Saturday night.

The fantastic fight took place in Eddie Hearn’s Matchroom HQ back garden, as part of his new Fight Camp series bringing boxing back behind closed doors on Sky.

Eggington and Cheeseman went to war

The bout began with a quiet opening round but exploded into life in the second.

Cheeseman staggered Eggington with a right hook and poured it on, but the Birmingham man survived to hear the bell.

The ‘Big Cheese’ mixed up his styles well as he combined boxing with brawling and dominated throughout the early stages.

However, Eggington had a strong end to the sixth and this propelled him to force his way back into contention.

Fight Camp was a remarkable setting

Hard punches were exchanged throughout

The fight then became a toe-to-toe slugfest as they exchanged heavy blows with little defence on show.

Both men hurled hooks and uppercuts at one another, with neither allowing themselves to wilt.

The pace slowed as the pair saved their energy for an electic final round in which they both appeared to rock each other. 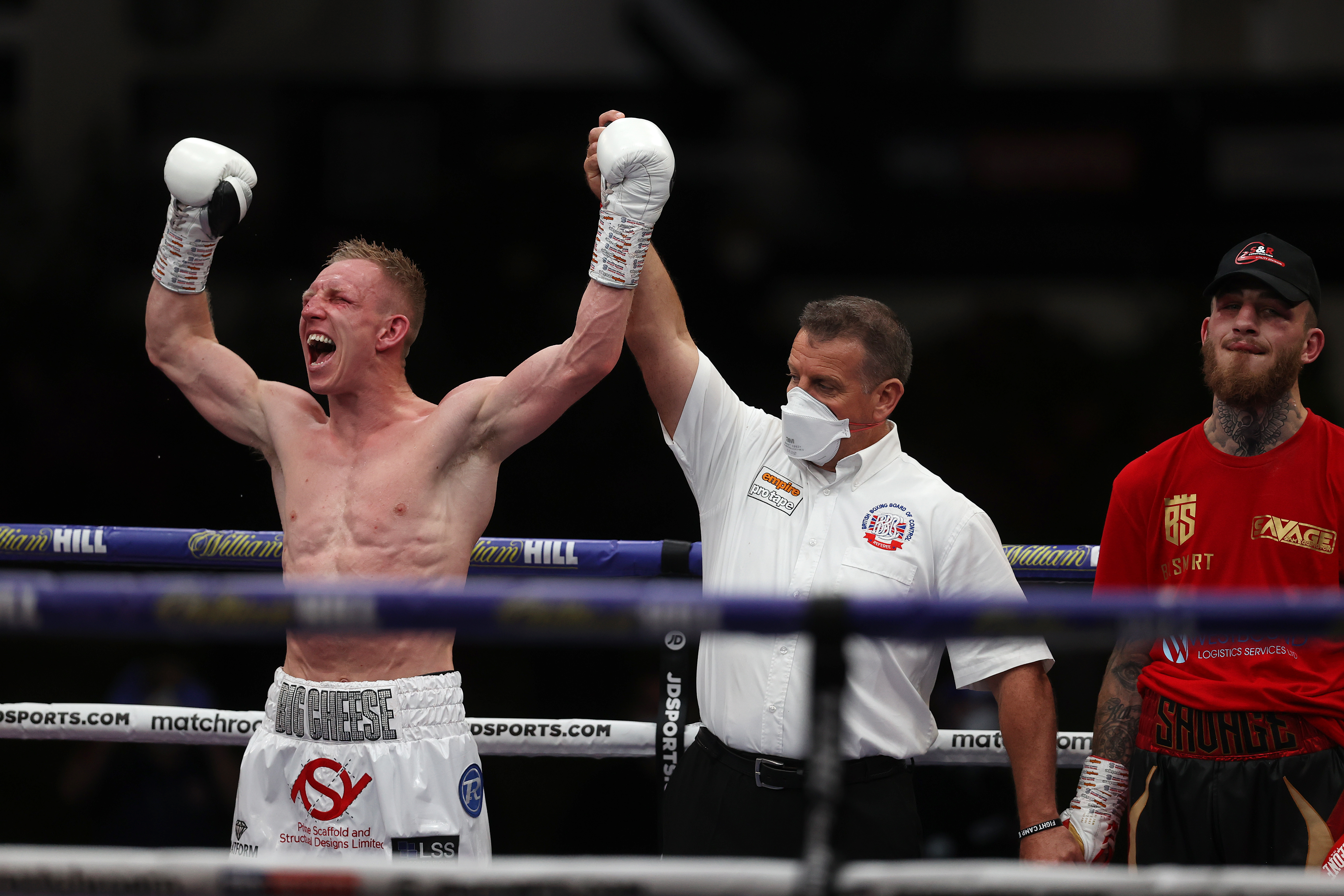 The ‘Big Cheese’ got the decision

Hearn previously told talkSPORT about the Fight Camp series: “We talked about doing boxing in studios and there’s a lot of people doing it.

“I just feel like when you are talking about a gladiatorial sport, like boxing, you need to create that moment, that energy, not just for the viewer at home but the fighter as well.

“You have to be compelling and innovative and come up with ideas like Matchroom Fight Camp, where broadcasters are going to say, ‘Wow, we love that.’”

Darren Moore is not getting carried away as Doncaster close in...

Mike Tyson vs Roy Jones Jr will not be a ‘real...

Russia needs only victory. Before the match with Macedonia national team...

Banks on victory over Zenit: turn the game due to aggression

Hatton says Fury will beat Wilder on points and explains what...

Kevin Durant wants to play in the Euroleague for Barcelona

50 points Irving has not helped “Brooklyn” to beat “Minnesota”, “Detroit”...

What Joshua has predicted will happen if he finally fights Wilder